Human Trafficking in the Bay Area 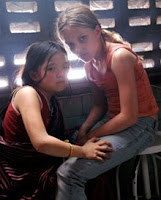 Human Trafficking in the Bay AreaJanuary 11th is National Human Trafficking and Modern Day SlaveryAwareness Day Human Trafficking is modern‐day slavery.The victims are among the most vulnerable members of society.It is estimated that 70% of trafficked victims are women and children who are forced into hard labor and sexual slavery. The US Government estimates that 700,000 to 2 million women and children are trafficked across borders each year to be used as illegal labor or sex workers.California is the top destination for human traffickers according to a report released by the state’s anti‐human trafficking task force. According to task force members, the problem goes far beyond the sex trade and extends to migrant farm and construction workers, household employees, and workers in motels and restaurants.The report’s findings, along with acknowledgements by Sonoma County Officials, convincingly show that Human Trafficking is present in our communities here in theNorth Bay!On Sunday January 11th, 2009, Soroptimist International clubs in Sonoma, Marin, and Mendocino counties have brought awareness of this issue to citizens and agencies in the North Bay. This event was a continuation of a coordinated movement toward prevention of Human Trafficking.The PBS Documentary “Sex Slaves” was featured followed by a panel discussion with lawenforcement agencies and local organizations who are currently fighting the battle against Human Trafficking. The panel discussion was moderated by Monique Lessan, a state licensed Private Investigator, owner of Eye Investigate, specializing in recovery of abducted children and runaways.
Posted by Dublo7 at 2:00 PM 0 comments
Subscribe to: Posts (Atom)
Followers (0)
Follow this blog
Stop following
Be the first to follow this blog
0 Followers View All Manage